“Nowz ore timz.  We’z sneek in, while thez sleeps so sound, we club ’em reel goodz.  Iz the best plan.  Gron, you get ’em their shiny.  Kon, you get erz pointy.  And I will grabz the tastey.  After we getz bak, dem gobos make mez king!” 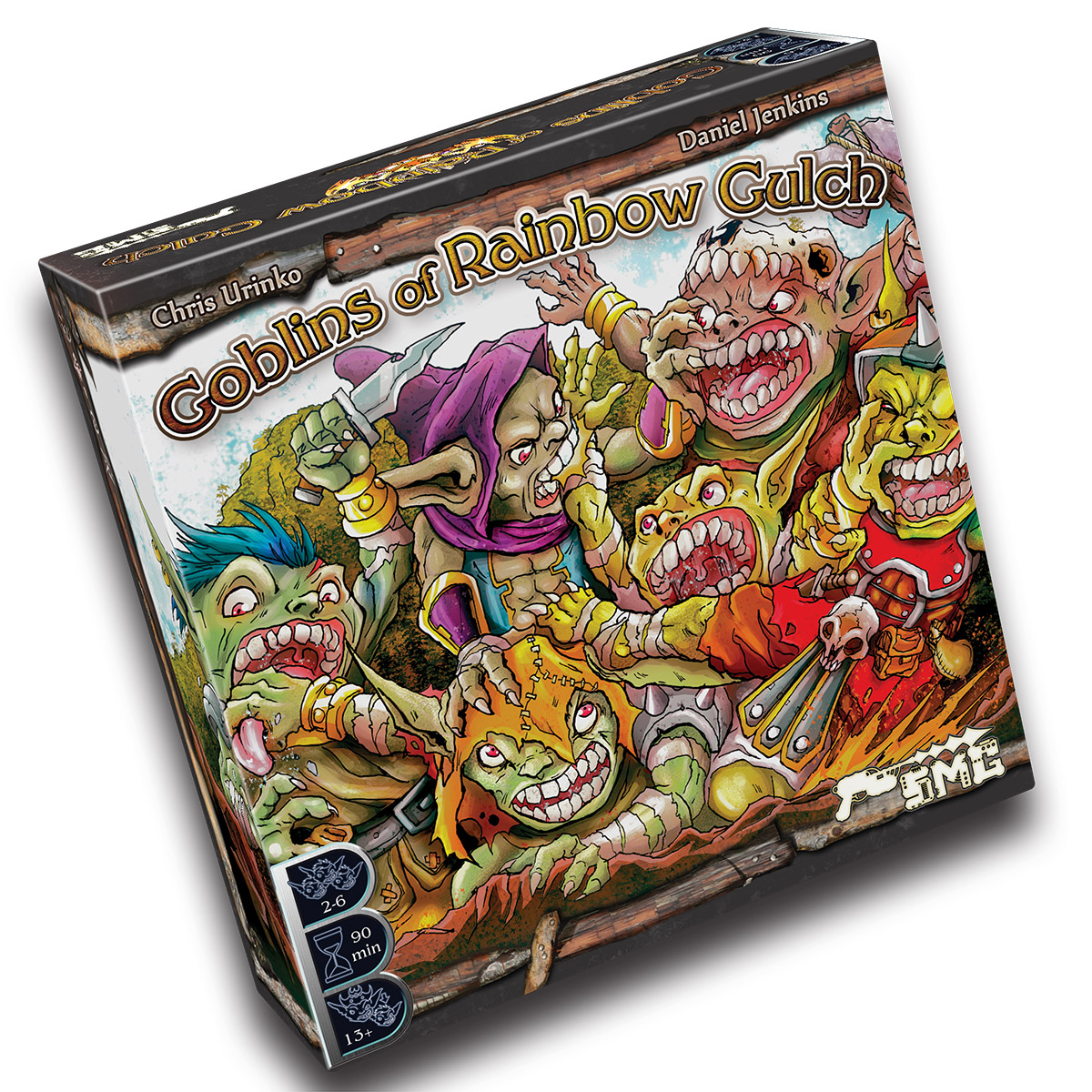 The Lord Emperor High Goblin King Bombash the Cruel and Terrible 11,097th king of the Goblins of Rainbow Gulch is dead, who will take his place?

You are currently one of six Den Chiefs who could be named as the next King. Gather resources as you travel from den to den to sway your Goblin kin to your side. Sway goblins of the same profession to solidify your position. Or diversify among the different dens and professions in an attempt to get the majority of Goblins to cast their vote for you come the next full moon, a fortnight from now. Don’t forget Goblins who have been swayed to your side can aide you on your election campaign, when they are awake at least that is. 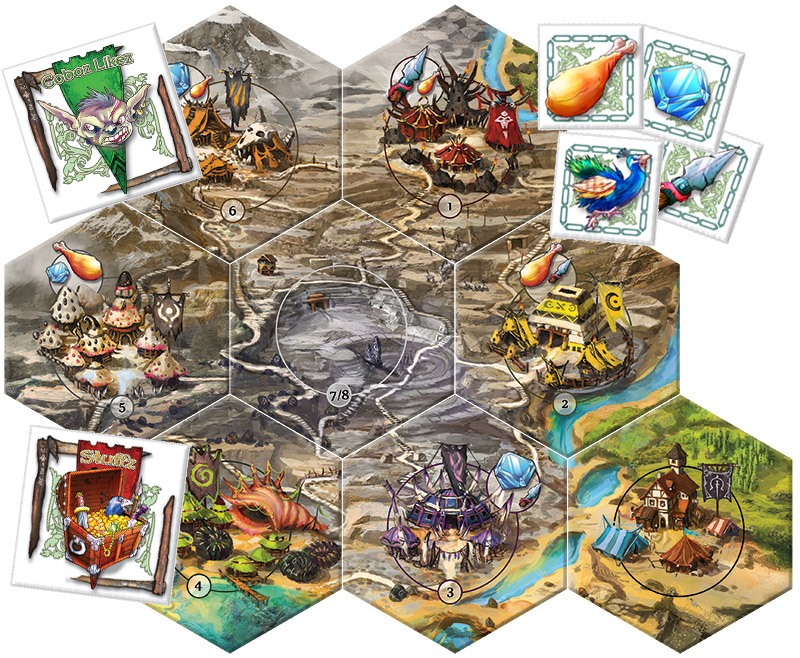 Each turn take 2 actions. Use them to mine or trade for resources. Use the resources to bribe goblin workers. Goblin workers are lazy, so they only work one day a week, so you have to keep them fed if you want them to work more. Once, week end is up, your goblin followers wake up are get back to work. You can also use special goblins to wake other goblins up. If you are lucky, you can raid the adventurer’s camp, but someone always seems to get left behind. No worries, he died for a good cause – to make you King! 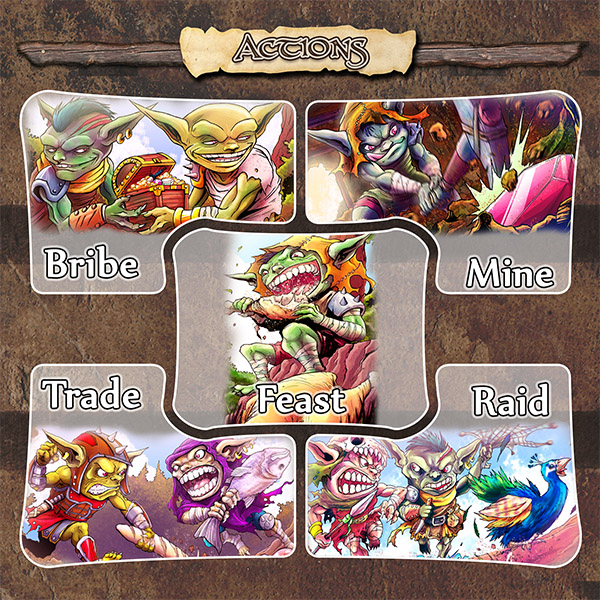 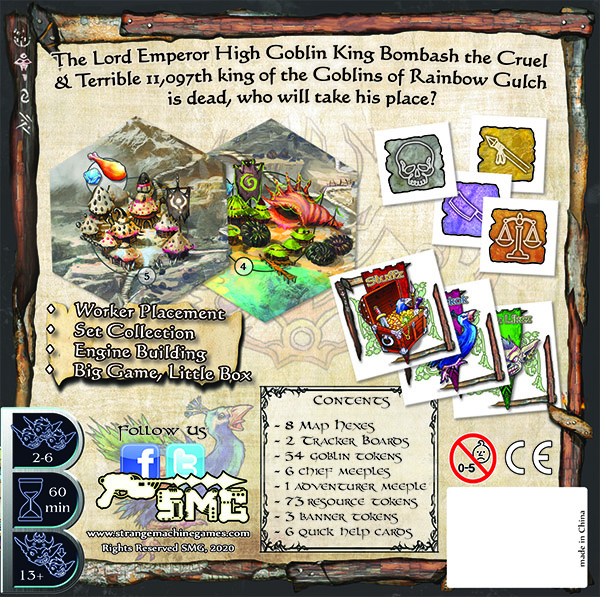