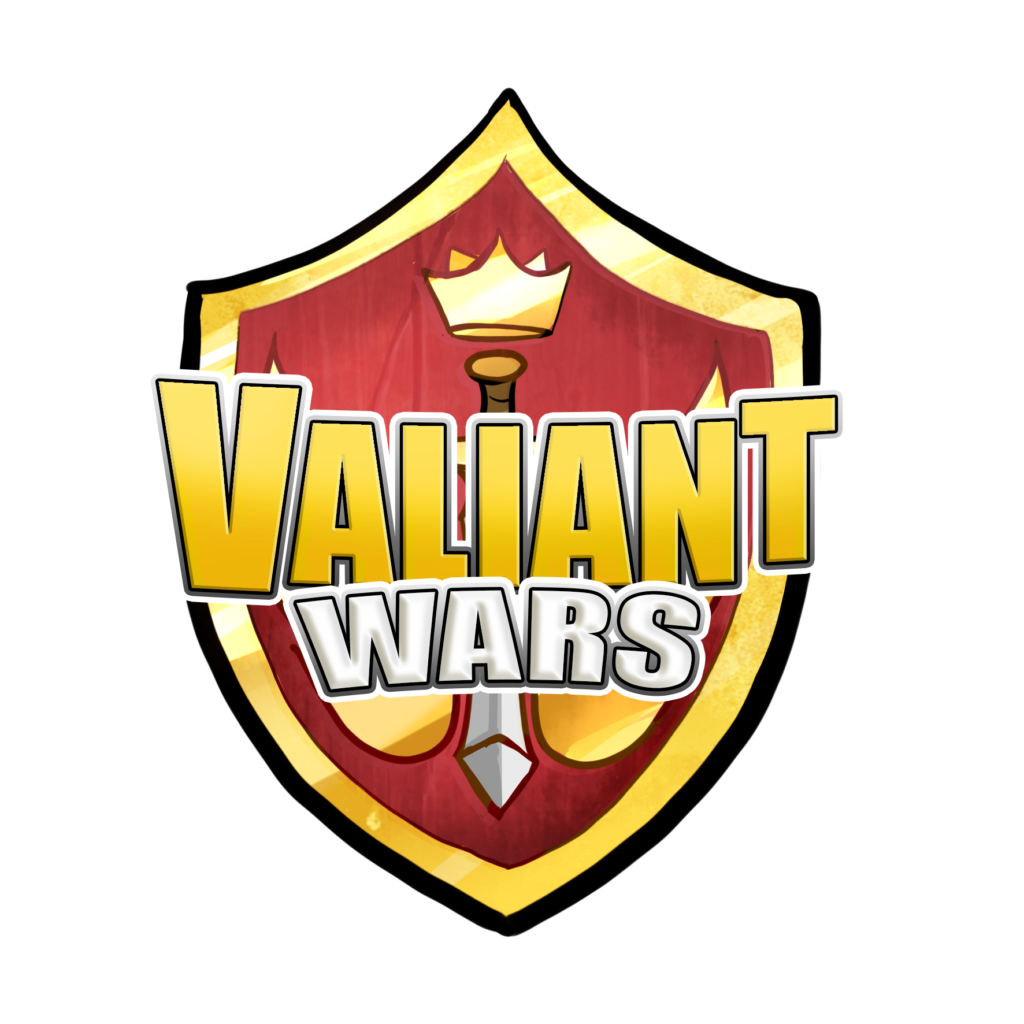 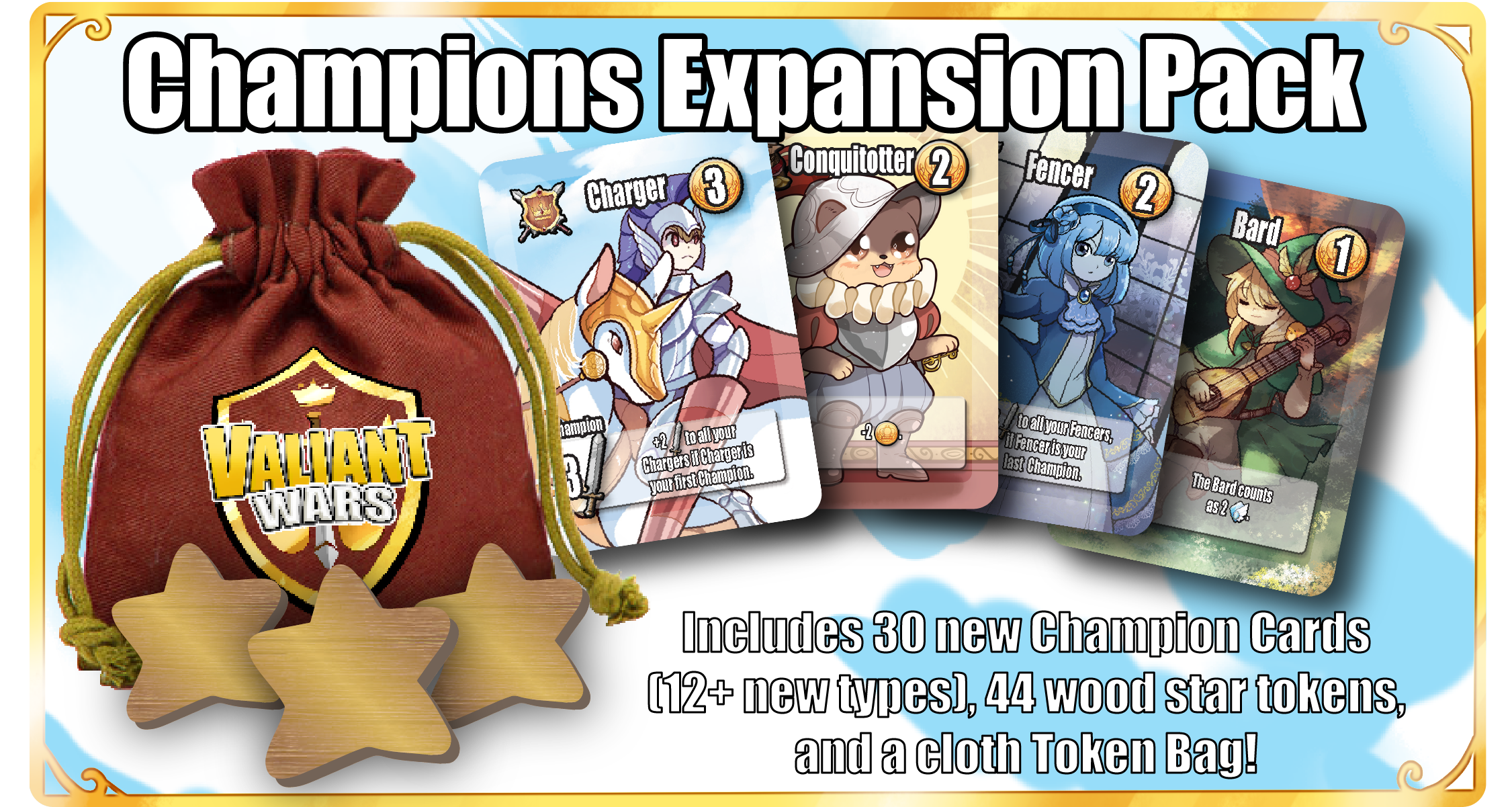 A press-your-luck, deck builder for the Valiant Throne! 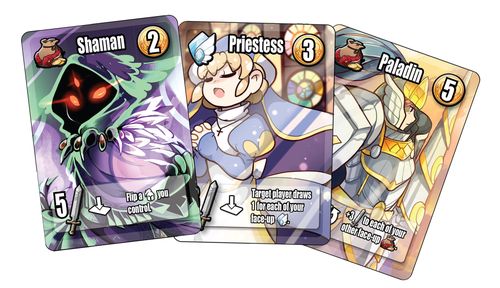 The kingdom of Valiance has collapsed into a state of chaos! Rebellion, mercenaries, and tyrants have overrun the lands of Valiance. The Valiant Throne is empty. As one of the few lords of Valiance remaining after its collapse into chaos, it is your duty to reestablish order.

In this aggressive, press-your-luck, deck-builder, you’ll fight the other lords to capture the most land of the once-great kingdom. Do so by gathering the most powerful army on the battlefield, using your riches to hire the best Champions to aid your noble cause.

Try the Print-&-play demo or review the rule book on Board Game Geek! 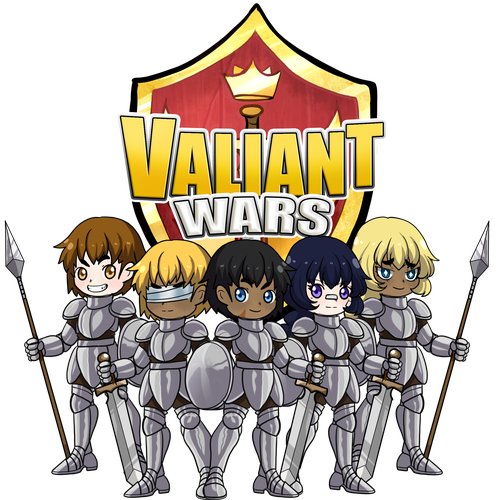 Your rivals will resort to trickery and sabotage in attempts to collapse your army. And be warned, as you assemble larger and larger armies and conquer more and more territory you’ll be haunted by dark visions of a world in ruins… the feared Dark Omens! Should too many Dark Omen haunt you on the battlefield you’ll be forced to withdraw losing all of the armies and riches you gathered. Can you claim the Valiant throne?

In Valiant Wars, all players will begin with the identical starting decks, made of gold to recruit new warriors, soldiers to help you win battles, and the feared Dark Omens.

Each player begins with two Soldier cards. In most games, generic cards usually use a standard card image, but in Valiant Wars each soldier is unique!

Join the battle with dozens of unique heroes! Build your deck, press-your-luck, and fight for victory! 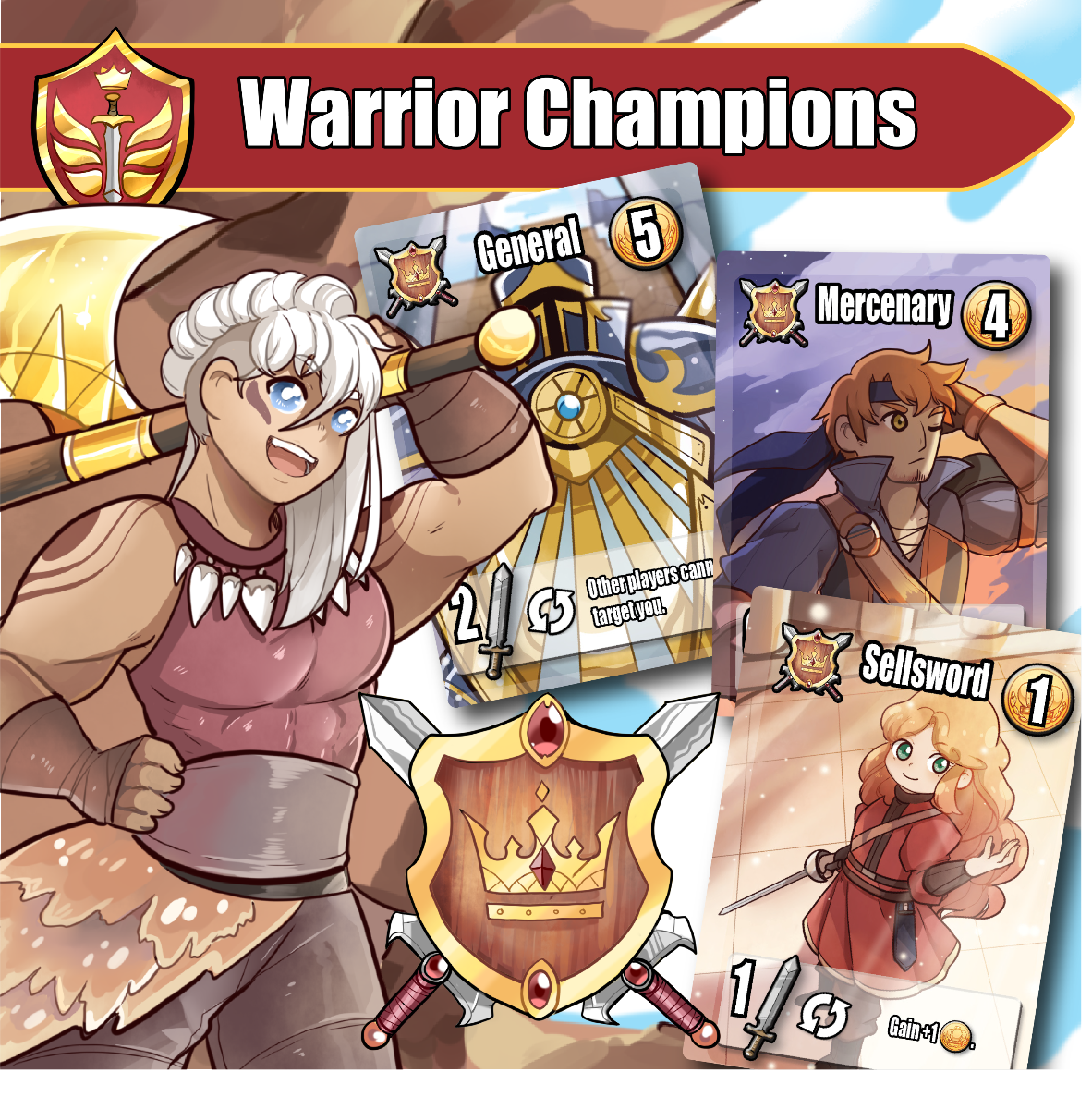 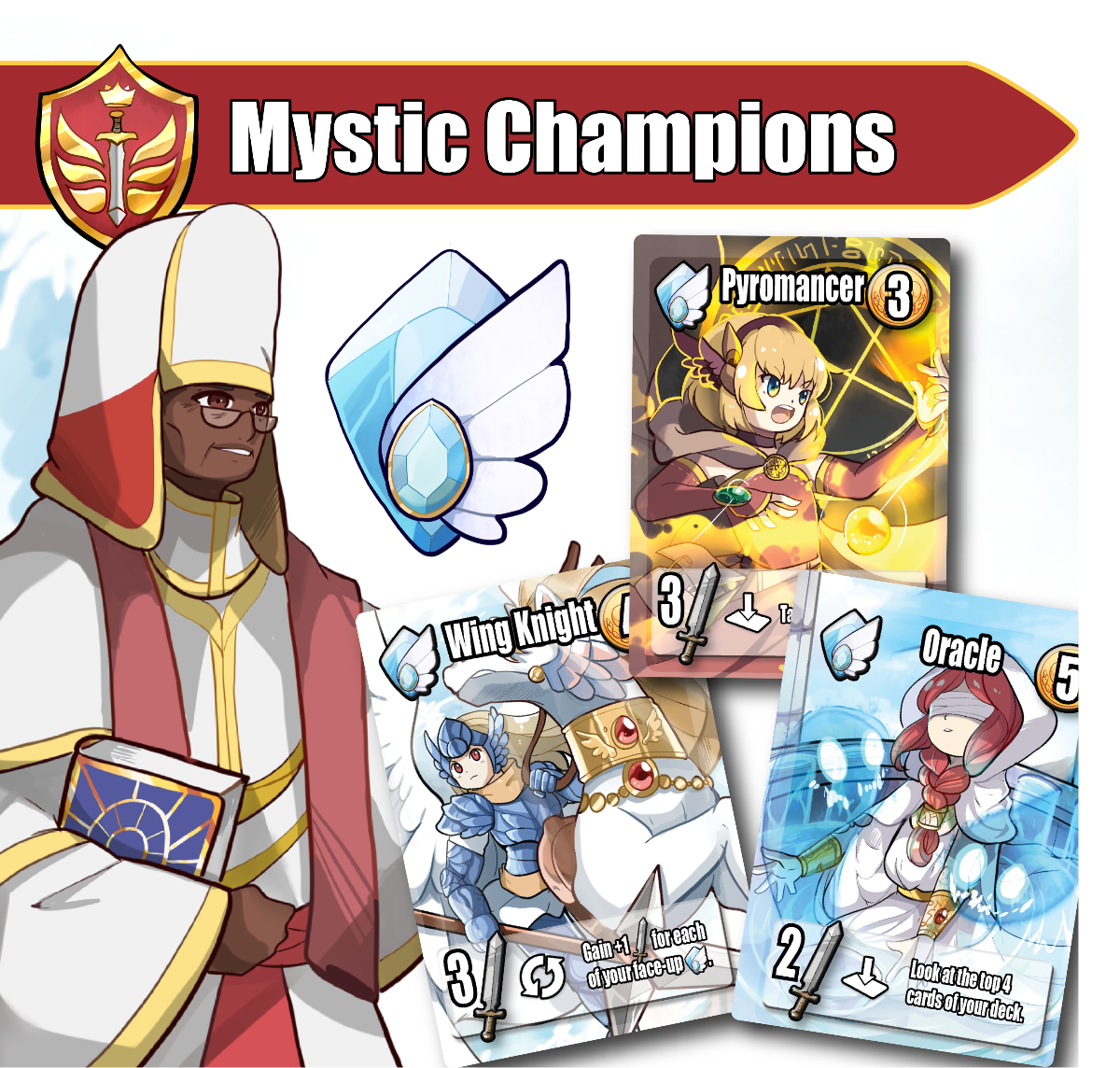 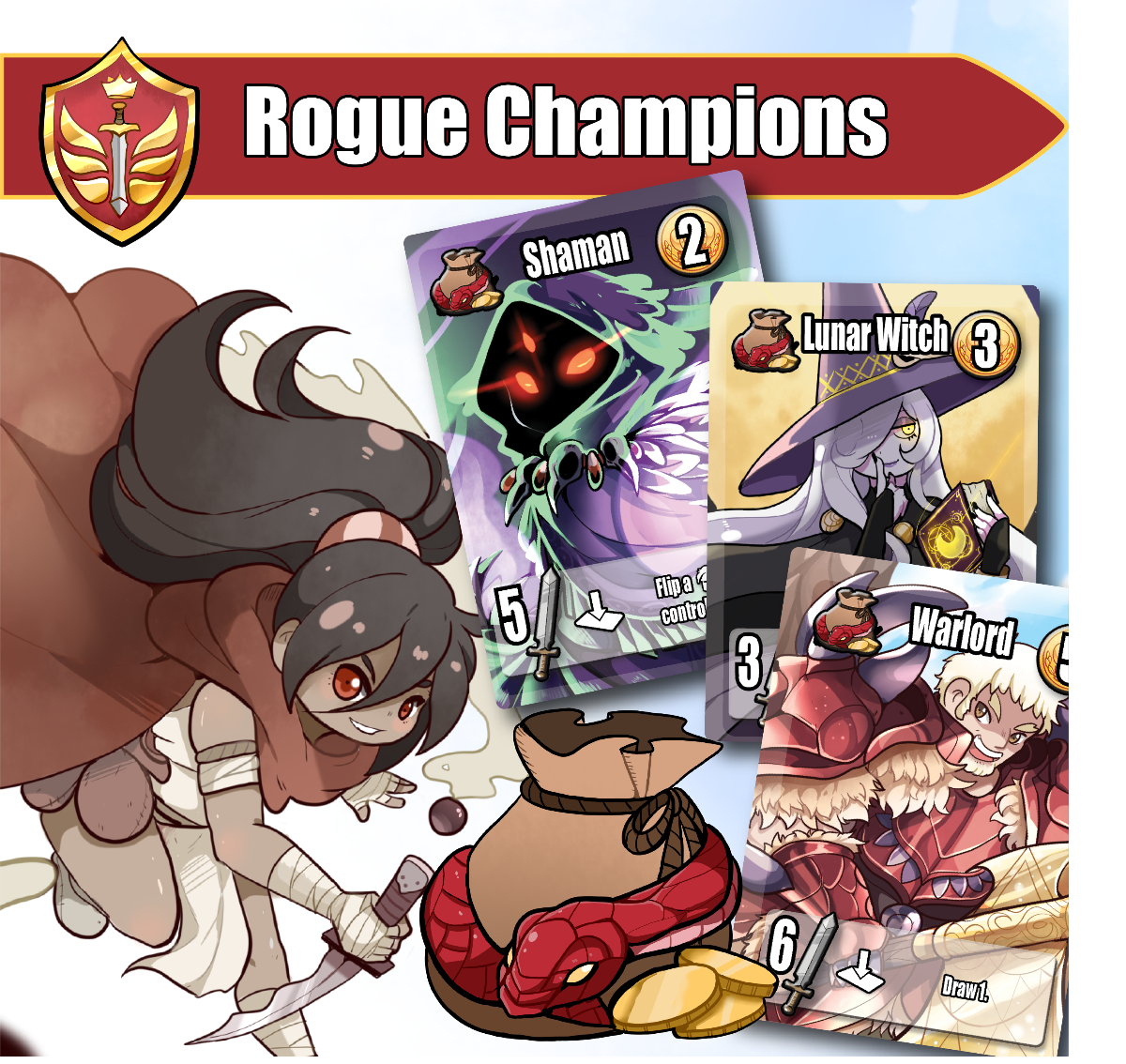 Keep up to date with the latest news on the Valiant Wars Kickstarter campaign, game updates, and more!

Board to Death Review